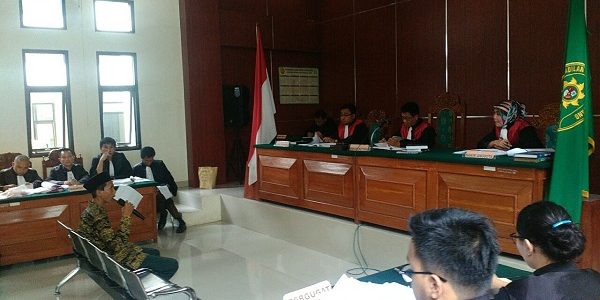 Alnoldy Bahari was prosecuted after his Facebook statuses were screen-captured and disseminated amongst locals. One of his status said “I witness that there is no God but Allah, If you have not seen Allah then you are a fake witness”, while the rests disputed statuses were about social critics against religious leaders. He and his wife are also victims of persecution. Assembly of Judges of Pandeglang District Court, West Java, presided by Judge Kony Hartanto has affirmed injustice by sentencing 5 (five) years imprisonment and 100 million rupiah fine to Alnoldy Bahari on 30 April 2018. Alnoldy was found guilty of hate speech under Article 45A Paragraph (2) juncto Article 28 Electronic Information and Transaction Law (ITE Law).

On the background of this case, the intolerant groups have threatens Alnoldy and his wife to be treated as Ahmadiyya in Cikeusik in 2013. Alnoldy and his wife’s house was damaged and they were forced to sign a declaration to leave Kampung Gadog for good.

We believe that the prosecution against Alnoldy was an attack against someone’s freedom of expression. This is aggravated by the law enforcement officials and judiciary who applies the law not based on the human rights principles but under the social pressure and intimidations. All of these have amounted to unfair trial against Alnoldy:

We believe that this case is a reflection of the growing intolerance that is adopted and affirmed by the law enforcement officials and the judiciary, who supposed to abide by the law based on human rights principles. This case is an obvious example of victim criminalisation. If the Police, the Attorney General Office, the Judiciary ignores this situation more and more injustice will occur and the public will questions more their authority and independence. We expect this unfair trial could be amended in the appeal process, and that all perpetrators responsible will not go unpunished.

FIFA 2022 World Cup Qatar and the legacy of decent work: Deafening silence on the future of migrant workers’ rights
21/11/2022 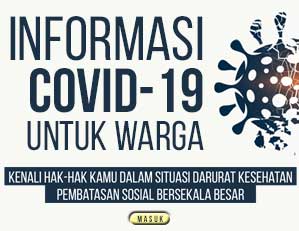