Myanmar Military Should Respect Human Rights and the Rule of Law 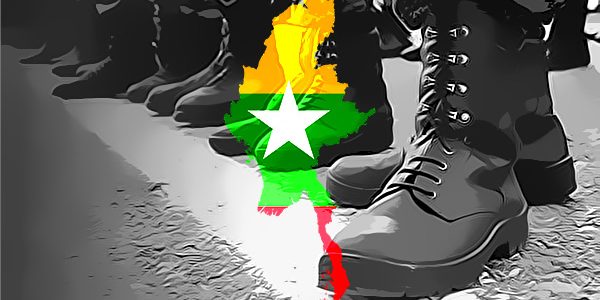 The Southeast Asia Public Interest Lawyers (SEAPIL) is deeply concerned with the current situation in Myanmar, where the military has taken control over the country in a coup against the civilian government and put the country back under a dictatorship. SEAPIL sees the coup as contrary to the principle of the rule of law, democracy, and human rights, which have been recognized by Myanmar as well as have been adopted in the ASEAN Human Rights Declaration.

Furthermore, SEAPIL condemns all measures taken by the military following the coup, including, but not limited to, the unlawful declaration of a state of emergency, arbitrary arrest and detention of members of parliament, government officials, and civil society leaders, disruption of the Internet and other communications channels, blocking off international and domestic news broadcasters, as well as creating fear through a deployment of military troops patrolling the streets.

On February 1, 2021, the armed forces of Myanmar have confirmed that power had been handed over to army chief Min Aung Hlaing, following the arrest of the country’s de facto civilian leader Aung San Suu Kyi and other leaders of the National League for Democracy (NLD). The military claimed that the arrest was made in response to voting disputes between NLD and the military-backed Union Solidarity and Development Party (USDP) which lost the most votes in the recent general election. The military has alleged that voter fraud took place during the polls that saw the NLD winning 83% of the vote and giving it another five years in government.

Subsequently, a one-year state of emergency was declared installing the Vice President and former lieutenant general Myint Swe as the acting President of the country. The declaration was made through an order issued by the Vice President, which seemed not to follow any applicable law, as the Vice President has no mandate to sign the order unless the President had handed over his power or resigned from his position. As a result of the state of emergency order, army soldiers blocked roads in the capital, Nay Pyi Taw, and the main city, Yangon. International and domestic TV channels, except the military-owned Myawaddy TV channel, went off air. Internet and telecommunication services have been disrupted. Domestic and International Airlines shut down till May, including relief flight.

SEAPIL immediately calls on the Myanmar military to:

SEAPIL stands in solidarity with all members of the legal profession in Myanmar who oppose this unlawful action on the part of the military.  Our members are ready and willing to assist them in any and all ways practicable.

The Southeast Asian Public Interest Lawyers (SEAPIL) is a network of legal organizations and individuals from Indonesia, Thailand, Cambodia, Vietnam, Laos, Philippines, Singapore, Malaysia, Myanmar, and Timor-Leste working on public interest issues. SEAPIL is committed to strengthening access to justice and rule of law in Southeast Asia through cross-border legal cooperation, solidarity, and advocacy for an effective human rights mechanism at the national and regional levels.