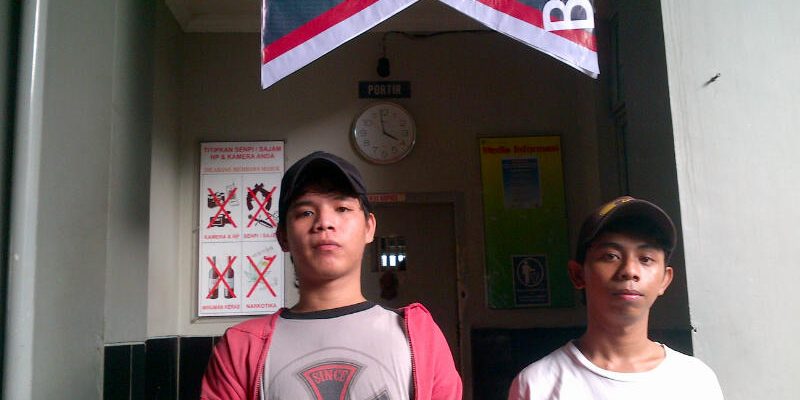 Four teenagers who were imprisoned for killing a street singer in 2013, and who have always maintained their innocence, have filed a case review with the South Jakarta District Court.

The teenagers, identified only as FP, 19, BF, 18, F, 15, and APS, 16, through their lawyers from the Jakarta Legal Aid Institute (LBH Jakarta), claim they were wrongly convicted after being framed by police officers and say the real killer has since confessed to the crime.

LBH Jakarta’s lawyer Johannes Gea said before the initial hearing on Monday that a man, identified only as IP, had made a confession in court that he was the one who killed the singer, named Dicky Maulana, in 2013. “IP made the confession in a separate trial and we will present this as our new evidence,” Johannes told The Jakarta Post.

In July 2013, the Jakarta Police arrested the four teenagers along with two adults, all of whom were street singers, for murdering Dicky in Cipulir, South Jakarta. At the time, the police claimed the motive behind the killing was the suspects’ anger at seeing the victim singing in an area they regarded as their territory.

In the case review document made available to the Post, LBH Jakarta revealed that the six suspects were threatened, including at gunpoint, and suffered electric shocks during police interrogation.

Johannes said as a result of this torture, the suspects confessed to a murder they did not commit.

On Oct. 1, 2013, South Jakarta District Court declared the four teenagers guilty in the death of Dicky, and handed down three- to four-year prison sentences, while the two adults got seven years’ imprisonment in a separate trial.

“We presented IP, who confessed that he and his friends killed the victim to steal his motorcycle, at the trial of the two adults. However, we could not do that in the teenagers’ trial as it was finished before we discovered IP,” Johannes said.

IP was caught by locals after he confessed to having been an accomplice in the crime to a family member of one of the defendants through social media. Two other accomplices remain at large. The confession was one of the considerations that led the panel of judges in the High Court to acquit the two adults on appeal, but the four teenagers’ appeals were rejected by both the High Court and the Supreme Court.

“That was very wrong. The four teenagers should have been released as well because they were not the murderers,” Johannes said.

He said LBH Jakarta had also escorted IP to the Jakarta Police, but the police refused to arrest him, arguing that the case was closed.

BF, who was present at Monday’s hearing, said he hoped that he could get justice in the case review.

“My friends and me were beaten and tortured by the police in every interrogation session, so we decided to confess even though we did not do it [the murder]. I hope I can get out of jail as soon as possible,” he said.